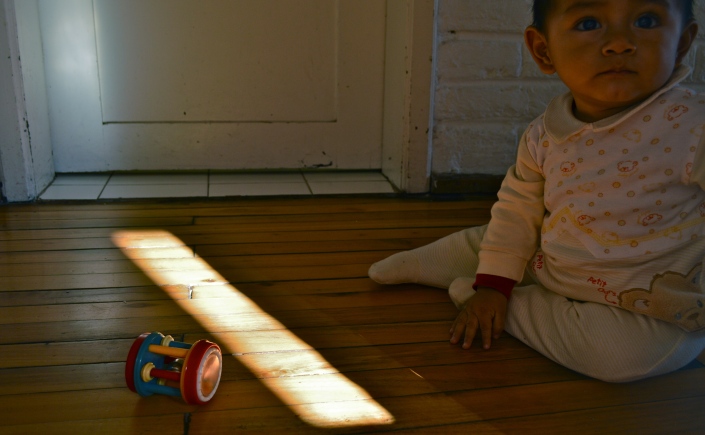 A petite 15-year-old girl sat on the floor in a blue flannel pajama set, swaddling her eight-month-old son until he looked like a cubby burrito with a sleepy smile.

Two other newborns were almost asleep in their mothers’ arms, waiting on Yamileth to finish with Daniel, so that she could swaddle their babies as well. She had lived at Casa Elizabeth almost a year, the longest of the girls, and had taken on a teaching role with some of the newer mothers.

Yamileth is a beautiful girl, not yet grown into a woman’s figure. When I met her, Casa Elizabeth was the latest in a line of places Yamileth had called home in the mountain capital of Quito, Ecuador. Like many teen moms, Yamileth grew up in a single-mother household, with her mother and two sisters — both of who had children before they were 18.

“My mom is a maid,” Yamileth said. “From that time [when my dad left] I have lived with my mom and she has worked to get us ahead in life.”

Yamileth’s story is just one example of a larger social trend in Ecuador: a growing culture of absent fathers among impoverished communities, according to the Ecuador National Demographics Survey of Mother and Child Health.

Yamileth’s story is just one example of a larger social trend in Ecuador: a growing culture of absent fathers among impoverished communities.

When Yamileth was fourteen, she moved in with her boyfriend. “We had a lot of problems,” Yamileth remembered. “He hit me and did drugs and drank.” 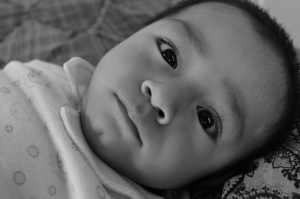 Daniel was eight months old when this photo was taken. He is now almost a year and a half.

Shortly after she found out she was pregnant, she saw something she should not have seen. “He went to jail because he murdered someone. My mom was afraid… that he would do something to me.”

With no money and few options, Yamileth agreed to move into Casa Elizabeth at five-months pregnant. A few months later she had her fifteenth birthday, and, a few more after that, Daniel was born. Yamileth continued living in Casa Elizabeth for about six months until social services decided life with her mom was stable.

“Maternity marks the end of adolescence, and these girls are faced with tremendous responsibilities,” Schutt-Aine and Maddaleno wrote in Sexual Health and Development of Adolescents and Youth in the Americas.

Yamileth is a single mom in a house full of single moms.

They are responsibilities Yamileth may not be ready to take on at such a young age. Like her mother, Yamileth is a single mom in a house full of single moms. She has three years left of high school and, when I interviewed her, she said she planned to sell candy in between classes to supplement her mother’s income. 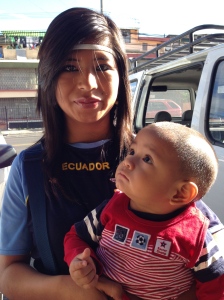 Her dreams after high school are clear in her mind: she wants to continue school and become a mechanical or electrical engineer. She is smart and energetic, and Yamileth knows education is the key. Yet whether she fulfills those dreams will largely depend on her ability to find a job that can support both her and Daniel while she continues at university.

But for now, Yamileth is optimistic. She says she wants to fulfill her dreams so she can share them with son, Daniel.

“And to have all the things that I didn’t have.”

Read the next blog in the series here. 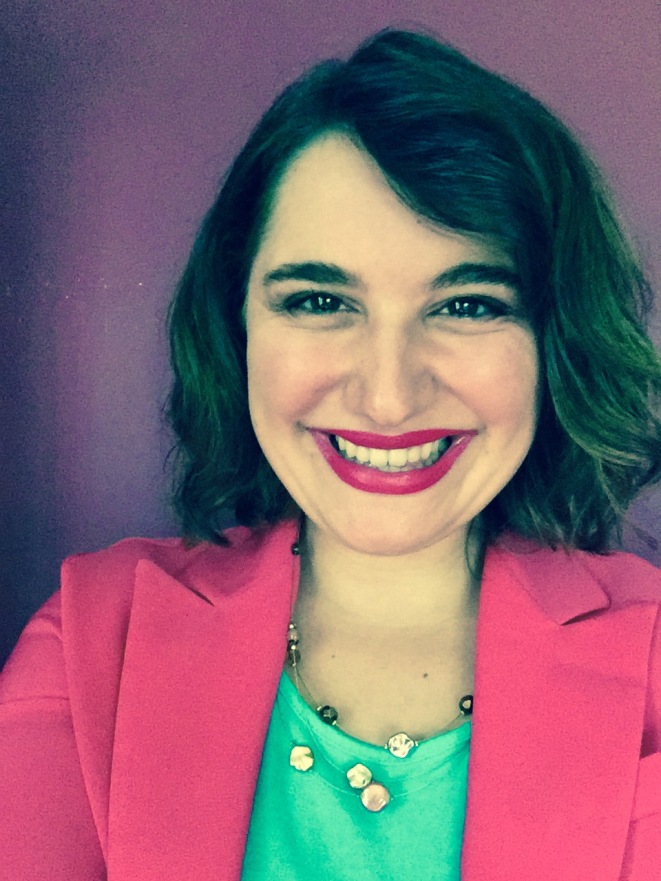